History of the Sub-Librarians Scion 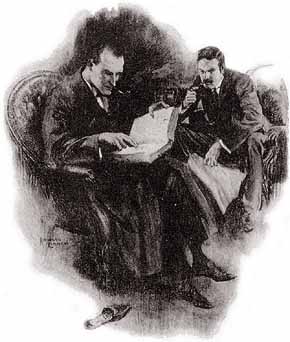 From The Adventure of the Sussex Vampire. Illustrated by Howard K. Elcock

The first gathering of the Sub-Librarians was in 1967 at the American Library Association (ALA) annual conference in San Francisco. It was the brain-child of John Bennett Shaw, who, at that time, was a library trustee. He first conceived of a Sherlockian library group as early as January of 1967 when he spoke about it with Howard Haycraft during the annual Baker Street Irregulars dinner. The second meeting of the Sub-Librarians was held in Kansas City, Missouri, and paid tribute to "a librarian: a hard working, efficient, knowledgable (sic) librarian": Lomax, the Sub-Librarian of the London Library. To this day, Lomax is the patron and namesake of the Society.

John planned meetings through 1972, and then Francine Morris Swift took over through 1977. During this time, meetings were held in Atlantic City, Detroit, Dallas, Chicago, Las Vegas, New York, and San Francisco, but then there was a hiatus. Neither John nor Francine remained active in the library world, so the meetings lapsed.

The next Sub-Librarians meeting wasn't until 1981 when Marsha Pollak met with George Scheetz at the S. Holmes Esq. Pub in San Francisco during ALA. At the time, they both agreed to make the irregular Sub-Librarian meetings more regular. Since then, Marsha has been responsible for arranging numerous Sub-Librarians gatherings over many years with the help of local Scions.

Traditionally the Sub-Librarians meet at the annual ALA conference, and try to coordinate with local Sherlockian Scions to arrange a special dinner or event. This allows for those in the library field to meet with locals and share their interest in Sherlock Holmes. Sub-Librarian meeting invariably include traditional toasts and a reading of Vincent Starrett's poem, 221B. However, the meetings may also include speakers, dramatic readings, and even Sub-Librarian songs or poems. Each meeting is as unique and different as the attendees. Even so, all the meetings share a great sense of fun and excitement.