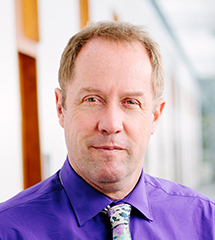 Hugh Possingham, ARC Laureate Fellow in the Department of Mathematics and the School of Biological Sciences. The University of Queensland (80%); and Professor of Conservation Decisions, Imperial College London (20%).

After receiving his D. Phil. From Oxford University, Hugh Possingham was a post-doctoral fellow at Stanford University, then at the Australian National University before joining the faculty at the University of Adelaide. In 2000 he accepted the positions of Professor of Mathematics and Professor of Zoology at the University of Queensland. Hugh is also the Director of the Australian Research Council Centre of Excellence for Environmental Decisions ($25 million) and the Director of a National Environmental Science Program hub for Threatened Species Recovery ($60 million). By combining his knowledge of biology and mathematics, Professor Possingham has been a driving force in the field of decision science for conservation, and his research has help solve some of the world’s biggest diversity conservation problems. His Marxan conservation planning software drove the rezoning of the Great Barrier Reef and is used in more than 100 countries and by the world’s largest conservation NGO, The Nature Conservancy. He has coauthored over 500 papers indexed by the Web of Science.

Keynote Address - What is the Value of Knowledge? 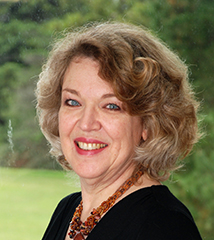 Graciela received her Ph. D. in Ecology from the University of Tennessee. At the National University of Central Buenos Aires, Argentina, she has served as Director of the Mathematics Department and as Vice-Dean of the Faculty of Sciences; currently she is the director of the Multidisciplinary Institute on Ecosystems and Sustainable Development. She has also been President of the Latin American Society of Mathematical Biology. She has worked on mathematical models to study aquatic ecosystems (oceanic plankton dynamics, management of neotropical wetlands, and monitoring of Pampas shallow lakes), as well as population models for analyzing the dynamics of the parasite Ostertagia ostertagi and its effect on livestock, and for understanding the reproductive success of Rhea americana in terms of dynamic energy budgets. Since 1996, Professor Canziani has been involved with the organization of workshops on Mathematical Ecology at the International Centre of Theoretical Physics in Trieste, Italy, as well as in Tanzania and Brazil, serving as Director. She has been member of the ecoSERVICES Scientific Committee for DIVERSITAS and is currently Lead Author for Deliverable 3c of IPBES, “Methodological Assessment of Scenarios and Modelling of Biodiversity and Ecosystem Services”. 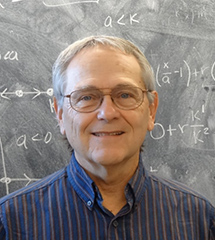 After receiving his Ph.D. from the University of Maryland, Jim Cushing joined the faculty of mathematics at the University of Arizona. He has held visiting positions at the University of Tubingen, IBM, and Ubon Ratchathani University. Jim is a Fellow of the American Mathematical Society and has been President of the International Society of Difference Equations. His research involves the derivation and analysis of mathematical models that describe population and evolutionary dynamics. Jim was a member of the “Beetle Team”, an interdisciplinary group of researchers who explored phenomena predicted by nonlinear models using controlled laboratory experiments. He currently collaborates with Shandelle Henson in studying the effects of climate change on sea bird populations on Protection Island near Puget Sound. Jim is author of the book Chaos in Ecology: Experimental Nonlinear Dynamics and is also Editor-in Chief of the Journal of Biological Dynamics.

Keynote Address - The Effects of Climate Change on Marine Birds, Parts I and II 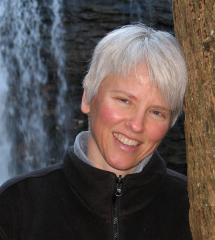 Shandelle Henson received her Ph.D. degree in mathematics from the University of Tennessee, then spent several years on the faculties of the University of Arizona and the College of William and Mary. As part of the "Beetle Team" at the University of Arizona, she used laboratory populations of Tribolium to test the theory of nonlinear dynamics in ecology. She and her husband J. L. Hayward have established a long-running program that models the behavior of seabirds and marine mammals on Protection Island in the Strait of Juan de Fuca, Washington. In collaboration with Jim Cushing, they currently are studying the effects of climate change on seabirds. Both of these research groups have been supported by grants from the National Science Foundation and have involved many undergraduate and graduate students.

Keynote Address - The Effects of Climate Change on Marine Birds, Parts I and II